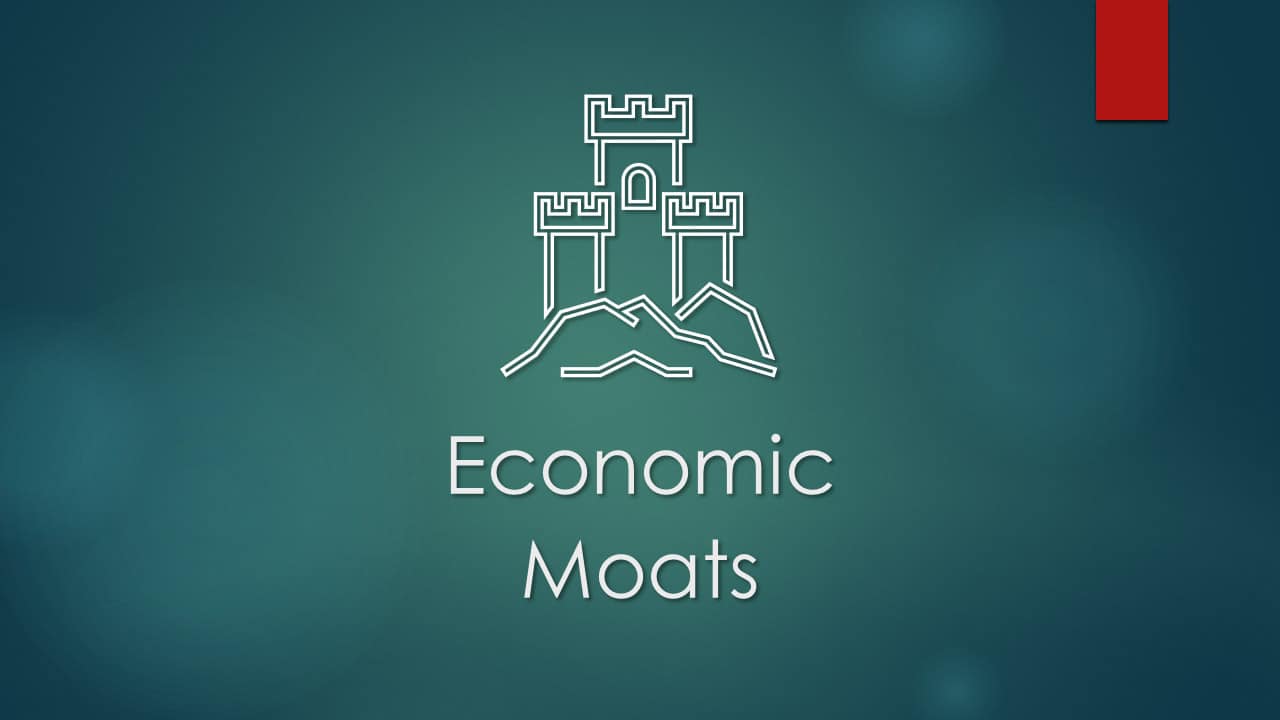 What is an Economic Moat?

When a company starts to generate big profits, it will attract competitors trying to chip away from of those profits. A moat will help the company keep these competitors away, similar to a moat keeping intruders away from a castle.

Ideally this protection lasts for a long time (a durable competitive advantage), so the company can keep or expand their market share, profitability and cashflows.

With the Moat & Value investing approach, one key necessity for us to invest in a company is that this company has a strong moat.

So, let’s look at the five types of competitive advantage that a business with an economic moat can have.

The Five Types of Competitive Advantage

While there are different ways of categorizing and grouping the various types of competitive advantage, I found the following categories most useful.

The first type of competitive advantage is brand, or reputation. The prime example for this type of moat is Coca-Cola (KO). When people think of coke, they typically don’t think of a generic type, but have the picture of Coca-Cola in their mind.

A brand moat is a very powerful type of competitive advantage, and when maintained well (mostly through advertising) can bring in excess profits for the company.

The second type of competitive advantage is high barriers to entry. This means that a company has a characteristic or advantage that makes is very hard, if not impossible, for the competition to compete in the same market.

One way of achieving this is by creating patents or requirements of special regulated licenses, as is the case for the pharmaceutical industry or casinos. Think of Pfizer (PFE), Biogen (BIIB) or Las Vegas Sands Corp (LVS).

Another way of achieving high barriers is through a network effect. Perfect examples for this are Facebook (FB) and eBay (EBAY). It will be very difficult for new competitors to come up with ways and enough capital for advertising to chip away members from these networks. The larger the number of users, the more benefit the already existing users get, making this type of competitive advantage very durable and strong.

A fourth way of achieving high barriers of entry is through efficient scale. An example company benefiting from efficient scale, amongst several other competitive advantages, is Amazon (AMZN).

The third type of competitive advantage, which can be very powerful and durable, is being the cost leader.

In other words, being able to produce and sell products or services cheaper than other companies, and doing so on a consistent basis. The combination of being both the low-cost producer and the low-cost seller is key.

Profit margins for companies in this category are often low, but the long-term consistency of these profit margins indicates that a company has this type of moat.

Examples for this type of moat are Apple (AAPL) and Microsoft (MSFT), which provide entire ecosystems for private people and businesses that integrate hardware and software.

Another example is IBM (IBM), with mainframe computers installed in long existing companies. Switching these systems to competitor products would require not only be a large monetary burden. Every employee trained on the old system would have to be trained on the new system, requiring significant time.

The last type of competitive advantage a company can benefit from is based on being able to produce products with superior technology or features. Coming up with new technological innovations requires a lot of R&D, typically resulting in low margins.

Moreover, this type of competitive advantage is difficult to maintain, so profits are often short-lived, and the competition eventually catches up. Therefore, companies that base their moat exclusively on superior technology are a riskier bet than the other competitive advantages mentioned above.

An example of a company that benefited from superior technology was EMC Corporation, a major competitor of IBM (IBM). Eventually, IBM was able to catch up to EMC, stealing market share, and ending EMC’s high profit streak. Ultimately, EMC got acquired by Dell (DELL) in 2016.

When considering the durability and degree of protection from competitors, it is useful to think of moats as narrow or wide.

Therefore, it makes much more sense to identify and invest in wide moat companies. 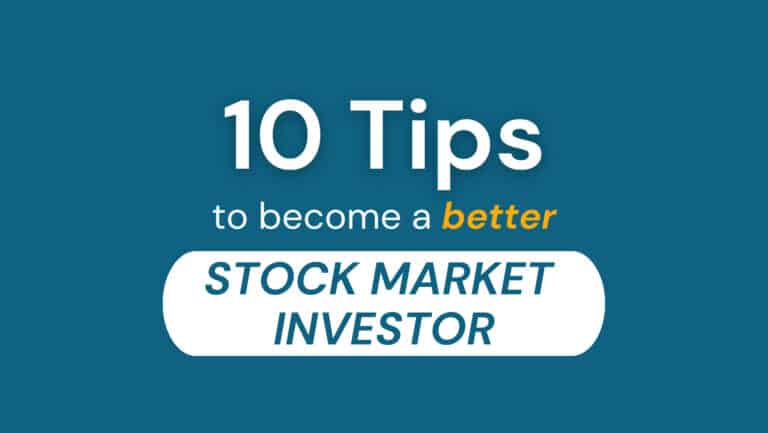 Read about 10 ways you can become a better stock market investor. 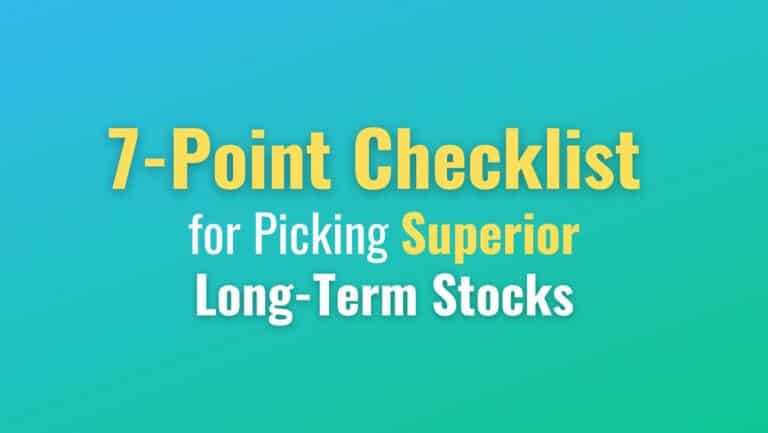 Picking stocks of companies can seem like a daunting task. But it doesn’t have to be. Focusing on only a few of a company’s characteristics can narrow down the list of potentially good investments dramatically, and thereby significantly reduce the risk of stepping into potential investment land mines. The following 7-point checklist will help you… 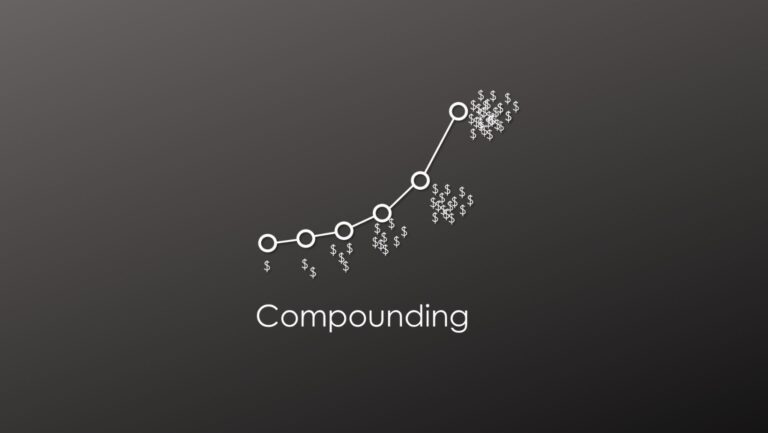 Read about the concept of compounding and compound interest, and how you can take advantage of it to grow your wealth over the long-term.